Albert started out his musical career back in 1985 as a soloist accompanying himself playing the guitar and singing in many of the local clubs around the city of Kuala Lumpur eventually making a name for himself in the local entertainment circuit. Emerged as the Runner Up of the Carlsberg Top Of The Pubs ’89 Competition, Albert saw himself slowly expanding the horizons of his musical career by collaborating with other musicians forming bands, working alongside them in concerts, tours, sessions, music festivals, workshops etc… 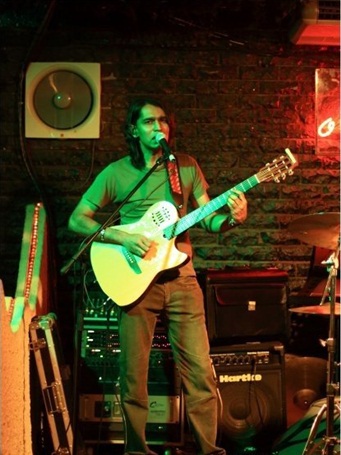 He has since parlayed his talents as a soloist and as part of various multi-talented bands in the KL entertainment circuit and also toured with the likes of Sheila Majid, Ning Baizura, Prema Lucas, Zainal Abidin, Anita Sarawak, Ferhad, Noryn Aziz, Reshmonu etc . . Albert’s distinctive guitaring ability saw him exploring beyond Malaysian shores and performing gigs in Thailand, Singapore, Vietnam, Germany, Korea, Taiwan and the UK. 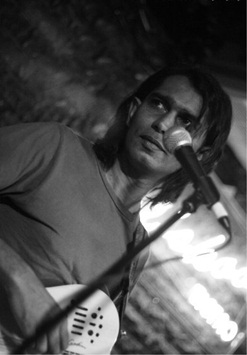 Playing alongside some of the most talented musicians in and outside Malaysia saw Albert expanding his musical knowledge and mastering his technical ability and agility of the guitar eventually leading him to develop his own finger-style guitar picking. Albert’s unique solo finger-style playing now enables him to single handedly provide the accompaniment for any style of music be it , country, jazz, blues, funk, ballads etc complete with running bass lines and chord changes syncopated with complex rhythm patterns making himself a much sought after one man band. Albert’s main audience not surprisingly is made up of fellow musicians themselves.

Equally unique is his vocal range that is warm, inviting with a touch of country/blues influence. 2008 have seen Albert participating in the MOZAIC JAZZ FESTIVAL(SINGAPORE) as the vocalist for the newly formed group API (Andy Peterson Inc.). Thereafter, API also performed at the JARASUM JAZZ FESTIVAL(KOREA) , TAICHUNG JAZZ FESTIVAL(TAIWAN) and the PENANG JAZZ FESTIVAL. Being chosen as the Malaysian representative for the GENTING INTERNATIONAL JAZZ FESTIVAL, formed a special project funk band, jUnKoFuNc with the most sought after musicians in Malaysia…