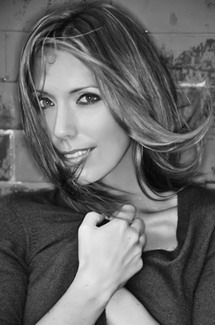 At 25 years old Rosie has developed her own musical style from many of the influences she has experienced since she began her career as a singer. Being brought up in the Canary Islands she developed an interest in the world-renowned legends ‘The Gypsy Kings’ escaping to tranquility to the sounds of the fabulous ‘Etta James’ and ‘Nina Simone’, this was where her love for jazz and blues became apparent.

At 21 she decided to get some grounded training behind her in the form of a two-year national diploma in musical theatre. Here she realised that musical theatre was not in her soul but earned her some great experiences during her training.

Since then she has sang at some prestigious events. Such as: cartier polo, premiership football, private corporate functions and charity fundraisers. She is constantly up and down the country singing at various venues and events and working with some great musicians. Her style varying from 1950’s jazz to chilled acoustic but it’s her voice and captivating presence that is earning her a successful growing career as a young up-and-coming talented female artist.