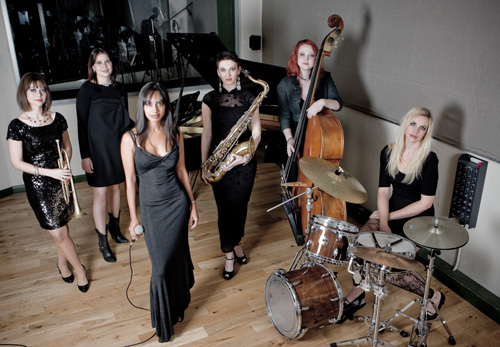 Sumudu, a natural performer and composer, made her television debut at the age of 15 on the BBC Pebble Mill’s A Song For Christmas, performing one of her own compositions. Sumudu performed as a soloist on Millennium Eve at the Millennium Dome and is currently working on her first album with Grammy Award winning producer, Kipper (of Sting fame), and British jazz piano legend, Jason Rebello.

Quintet is a unique band. Not only is it an all-female ensemble, but, all the music performed has been specially arranged to feature the individual players in the group. The musicians featured arise from a contrasting spectrum of musical backgrounds: Yazz not only performs regularly with a variety of Britain’s top jazz musicians, such as Kenny Wheeler, Lawrence Cottle, and the London Jazz Orchestra, but can also be heard with the likes of pop and rock artists such as Radiohead, Jack Penate, and reggae legends Max Romeo and Lee ‘Scratch’ Perry.

Click here for audio
I Get A Kick Out Of You

I Got You Under My Skin

Josephine frequently performs with artists such as Jamie Cullum, Georgie Fame and the Ronnie Scott’s Vanguard Band. Josephine was the winner of the Perrier Young Jazz Ensemble Award (1999), with a quintet led by trumpeter Tom Allen.

Naadia has toured across Europe with The Rat Pack, has been featured as a soloist with the New English Orchestra, and has played with many British jazz musicians such as Alan Barnes and Steve Waterman. 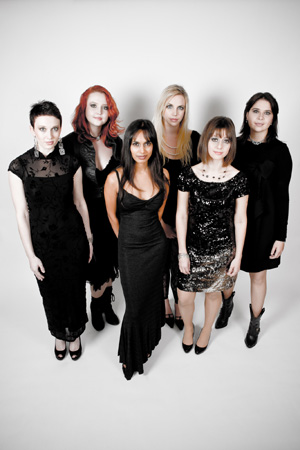 Sophie has toured with Roots Manuva, and has played with jazz greats such as Stan Sulzman, Julian Joseph, George Melly, and Mornington Lockett.

Quintet performs an extensive repertoire. As well as popular jazz numbers from artists such as Diana Krall, Jamie Cullum, Glenn Miller, and Frank Sinatra, Quintet also writes jazz arrangements of well known pop tunes from The Beatles, Amy Winehouse, and Stevie Wonder for example, and of Classical composers such as Bach or Elgar. The group can arrange any particular piece of music in advance at the client’s request.

This spectacular group of musicians is available for parties, weddings, corporate events, dinners, and as background music.