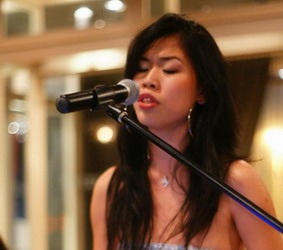 Born in Ipoh year of 1982, and raised in a small town called Kemaman, Malaysia, Cassandra have always wanted to make a difference out of herself. First she believed in music for taking her places, which she have made it this far to the U.A.E. Among all, her major influences include Diana Krall, Fiona Apple, Bill Evans, Herbie Hancock, Oscar Peterson, McCoy Tyner, Michel Camilo etc. She currently working on a project to produce her own Demo of her own songs for her future album, while aiming at travelling to different countries at the same time as a musician. Throughout the years of music education, she have sufficient background to support her through Jazz, Classical, Bossa Nova, Pop, Ballads, Latin etc.

Although majoring in Jazz numbers, given the early training in classical piano at the tender age of 6, Cassandra has no problem carrying tunes by Chopin, Mozart, Debussy etc. Her special interests in foreign languages have since been able to prepare her to sing in languages such as English, Malay, Mandarin, Cantonese, Spanish, Portuguese, Italian and French. Besides performing covers and standard numbers, Cassandra’s passionate need for expressions have taken her to composing her own songs, capturing audiences who share the same stories with her.