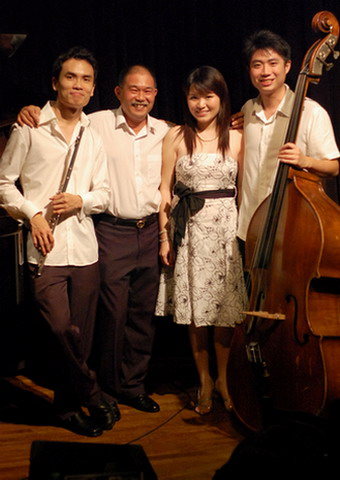 This group consists of four music lovers who love performing and sharing music to anyone who is willing to open their hearts to accept different genres of music. They have performed as a group in No Black Tie November last year and difference places around KL. Due to the overwhelming responses, they have decided to make another appearance in Ipoh.

Ong Ket Wei on the double-bass, is leaving for Italy this coming June to learn the art of violin making. His initial major instrument was playing the guitar. However, he switched to double-bass at the age of 23. Having able to pick up the instrument at a blink of eye, he quickly rose to the top as one of the most sought after double bassist in the music scene, performing in various classical ensemble, jazz, pop, rock and fusion band, and some orchestras including National Symphony Orchestra (NSO), Malaysian Philharmonic Youth Orchestra (MPYO), Professional Cultural Centre Orchestra (PCCO) and Penang State Symphony Orchestra (PESSO) .He is also a repair technique assistant in EP STUDIOS and Sixteenth Place Enterprise specializing in String instrument.

Kong Su Mei is a fresh graduate from University UCSI who was awarded a scholarship to further her studies in Birmingham Conservatoire, United Kingdom to pursue her Master in Classical Piano Performance. She has also emerged as a prize winner in several piano competitions; these include 1st prize in Piano Competition organized by University of Wolverhampton (UK), 2nd prize in Classical Solo Performance competition in the Malaysian Youth Music Festival, and 1st prize in Roland 1st Piano Competition for both Jazz Solo and Classical Duet category. Besides, she was also selected as the pianist of Malaysian Philharmonic Youth Orchestra (MPYO). 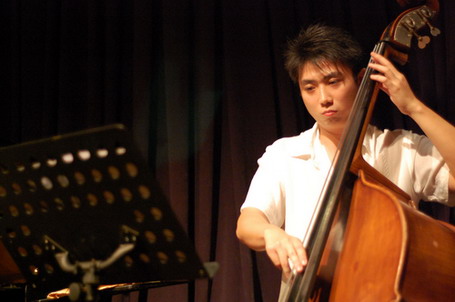 Foo Chie Haur obtained his Bachelor Degree in Science from TAR College. However, he is now pursuing his career as a flutist after he was selected and received scholarship in 2003 to study in England under Mr. Trevor Wye, a renowned flutist. Besides, he also has the privilege to study under Yukako Yamamoto and Hristo Dobrinov from MPO. He was selected to participate in several international music camps and orchestra such as WASBE International Youth Wind Orchestra in Singapore, Canton International Summer Music Academy in Guangzhou, China, and Asian Youth Orchestra 2007 and 2008 in Hong Kong. Locally, his performing experiences include PJ Youth Symphonic Band, National Symphony Orchestra, Dama Orchestra and MPYO.

Tan Su Yin (Drum) started her music education at the young age of 4. She completed her Trinity LTCL in Piano with a distinction in year 2006. Tracing back to her high school days, she joined SMJK Nan Hwa School Band and that was when she found her passion in playing percussion. She was selected as a percussionist to perform with MPYO under the baton of Mr. Kevin Field and High Winds Ensemble under the baton of Malaysian Philharmonic Orchestra’s oboist, Mr. Joost Flach. In 2007, she was also selected to perform with Southeast Asia Youth Orchestra (SAYOWE). web speed She is currently a student of Mr. Paul Philbert, the principal timpanist of the Malaysian Philharmonic Orchestra. 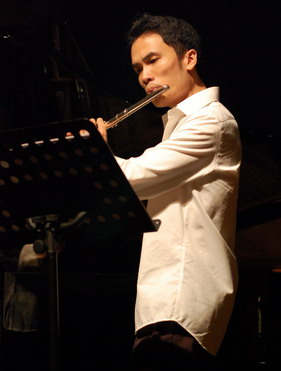